Private rented sector apartments are expected to form a portion of the 790 homes to be created as the Shell Centre on London’s South Bank is redeveloped. Owners Canary Wharf Group and Qatari Diar are about to start work on the project, having received approval from communities secretary Eric Pickles in the last few days.

The £1.2bn project was called in for closer inspection, after questions were raised about the impact of the project and its planned additional towers, which will sit alongside the refurbished tower of the original Shell Centre.
As well as the new homes, in a variety of tenures, there will be new offices for Shell and other occupiers, retail and restaurants. 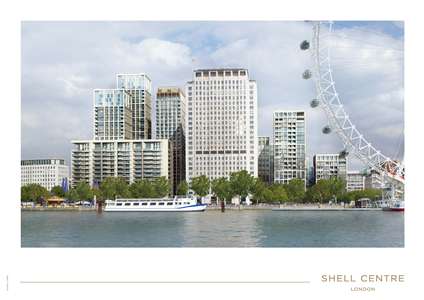 The Shell Centre redevelopment, with a substantial residential element, has received planning approval

Qatari Diar is already working closely with its partner Delancey at the former Olympic athletes village in Stratford. There, the two have invested together to create a major private rented sector portfolio at East Village. And the company’s Get Living London management company has received praise for its performance, recently winning Best Newcomer in the Property Week residential awards.

The company is already establishing a South Village in the Elephant and Castle area of south London; don’t be surprised if part of the Shell Centre project becomes a further addition to the Get Living London portfolio.