The £65m deal will see L&Q take over 114 apartments which are part of house builder Bellway’s redevelopment of the Christies Fine Arts warehouse. The private rented flats were part of a combined project of 510 homes, which includes market homes for sale, and an affordable housing element.

The private rented sector element of the project was accepted by planners as a contribution towards the section 106 benefits of the scheme – see details previously reported here. The project was approved by Wandsworth borough in London, which has set out to take a proactive stance to promote private rented housing, and will review project details accordingly. As a result the tenancies will only be available to renters who have a local connection, while lease periods of up to five years will be offered, to provide security of tenure.

London & Quadrant is one of the few housing associations to have made clear its desire to get into the private rented sector. Last year, the company said it wanted to generate a £1 billion fund to invest in the sector. However, progress has been slower than planned – in 2012, L&Q was quoted in the publication Inside Housing as aiming to assemble a 1,000 strong private rented portfolio within three years.

London borough Wandsworth has started delivering on a promise to provide more private rented sector homes. A planning permission granted this week for a site in Nine Elms includes 114 private rented apartments within a development of 510 homes, to be developed by housebuilder Bellway.

The redevelopment of the Christies Fine Arts warehouse site will include two blocks of apartments, one of which will include 72 affordable homes, plus the 114 units for rental at open market prices, to a restricted audience of tenants who will need to have a connection with the borough. There will also be the opportunity to sign longer leases of up to five years, while rent rises will also be moderated.

As well as the private rented homes, and the 72 affordable units provided on site, Bellway will contribute an additional £10 million towards the building of affordable housing elsewhere in the borough. A manager for the rental homes has yet to be appointed, but it is expected the open market and affordable homes will be handled by the same management organisation.

The project’s private rented homes are the first fruits of a promise made less than a year ago by the council. Last summer, Paul Ellis, the cabinet member for housing promised: “We want to do even more to support those living in the private rented sector by offering development incentives to boost the number of homes being built in Wandsworth for private rent, and in the process agree with developers that local people are given first refusal over the new housing.”

“We know that people sometimes feel they lack security in the private rented sector due to things like short-term tenancies or the possibility of unexpected rent hikes, and this can stop them from feeling like they can settle in a particular place. So, the council hopes to boost the confidence of those living in this sector by arranging with housing developers for local people to be offered tenancies for new homes built specifically for private renting that provide a greater degree of stability and security, with rents that are not subject to unexpected rises.” 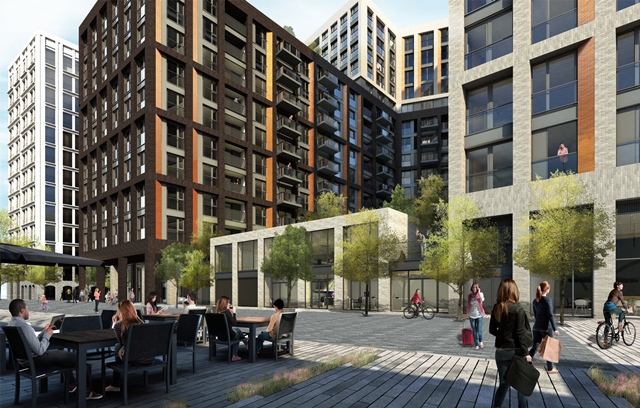 “Under such an arrangement, the tenant could confidently call the borough home for the long-term.”

“In order to make this new approach to the creation of private rent homes attractive to the developer, the council plans to investigate whether developers could contribute a lower community infrastructure levy as an incentive to provide this type of housing.”

“Support will also be given to developers looking to build privately let properties in locations that traditionally suit such developments – such as town centres and near to transport links.”

“The possibility of introducing requirements that newly-built private rented housing is initially marketed to local residents with longer tenancy terms than the normal six months will also be explored through Section 106 agreements.” 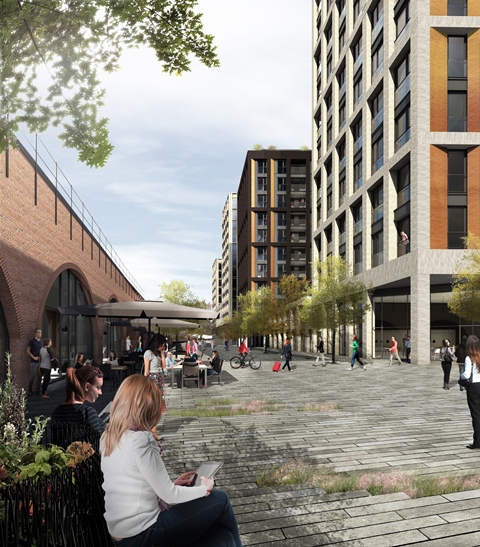 Speaking this week, after the scheme was granted planning permission, committee chairman Sarah McDermott said: “The scheme provides some of Wandsworth’s first homes built specifically for the private rent sector. They will be reserved for local residents and offered on tenancies of up to five years to give more security than can usually be found on the open market.”

Wandsworth’s approach, using a negotiated planning settlement with private developers, is commendable in the speed with which it has been established in practice. It goes some way towards demands from private rented sector developers, such as Harry Downes of Fizzy Living, for the planning system to give the sector a helping hand to prevent the regular loss of sites to residential developers. Unless planning authorities intervene, he argued recently, then a private developer building for sale will always be able to outbid others, in London’s current “hot” residential market.

The use by Wandsworth of a restrictive covenant, limiting access to the homes to those living or working in the borough, on reasonable incomes, is also similar to approaches being taken by other authorities, in connection with organisations including Pocket and Dolphin Living. It is a model other local authorities would do well to check out.