Be:Here, the private rented sector development arm of construction group Willmott Dixon, is another new brand looking to make its mark as a professional landlord in the blossoming sector.

The company, which is on site with projects in Hayes, west London and in the London Docklands, will build apartments specifically for renters. And speaking at May’s Forge event in central London, the company’s operations director Simon Chatfield explained some of the company’s thinking. 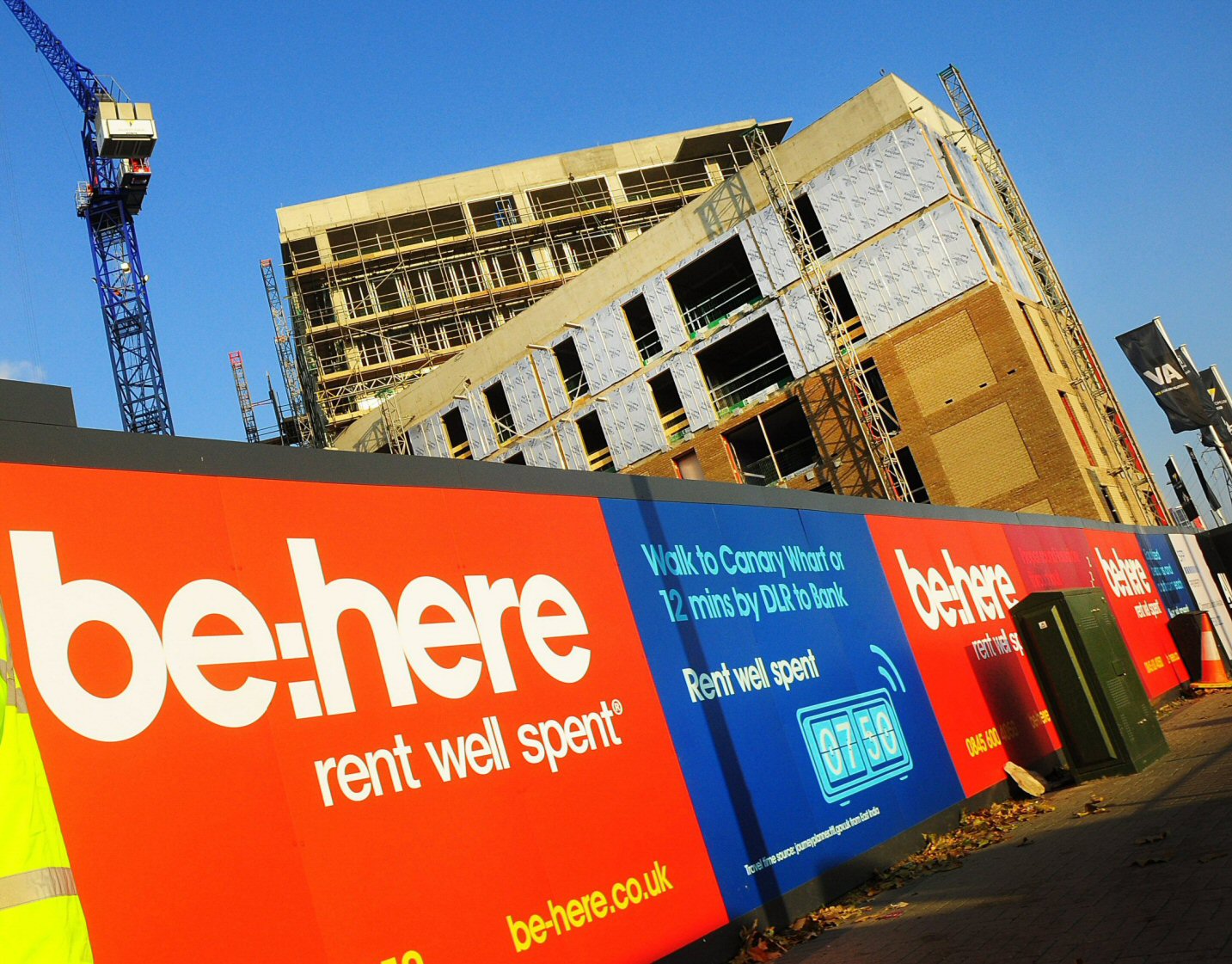 The sector will continue to be dominated by small, buy to let landlords, he predicted. “But you are going to see the emergence of branded landlords.” These brands will provide longer leases, create private rented communities, and deliver a range of value added services, taking care of dry cleaning and other community support items.

One issue the sector faces, he noted, is competing with developers building homes for sale. PRS has to fight for sites, bidding against those delivering into a frothy residential sales market. “This is our biggest challenge right now, we think it’s viable, but it’s competing for land in a market that’s overheating.” The lack of any distinction in planning terms is one issue holding back the growth of the sector.

Be:Here believes their market is in London, and in suburban locations with up to a 45-60 minute commute to the centre. However, Chatfield cautioned about trying to build too densely in locations where there would, ultimately, be insufficient value.

The company has just completed a forward sale to long term investment clients of Invesco, at its Hayes development – details here. Speaking at the announcement, Andrew Telfer, who heads Willmott Dixon’s development division, gave a clear commitment to the scale he sees Be:Here developing in the PRS market:  “We see this type of investment at scale as an essential part of creating a more sustainable housing market in the UK.  It’s also an important milestone for be:here in its plan to create over 5,000 PRS homes over the next few years, something we are well on track to accomplishing with this and further projects now in the pipeline.”

Invesco has made the investment in what is called the Gatefold Building, on behalf of an unnamed local authority pension fund. 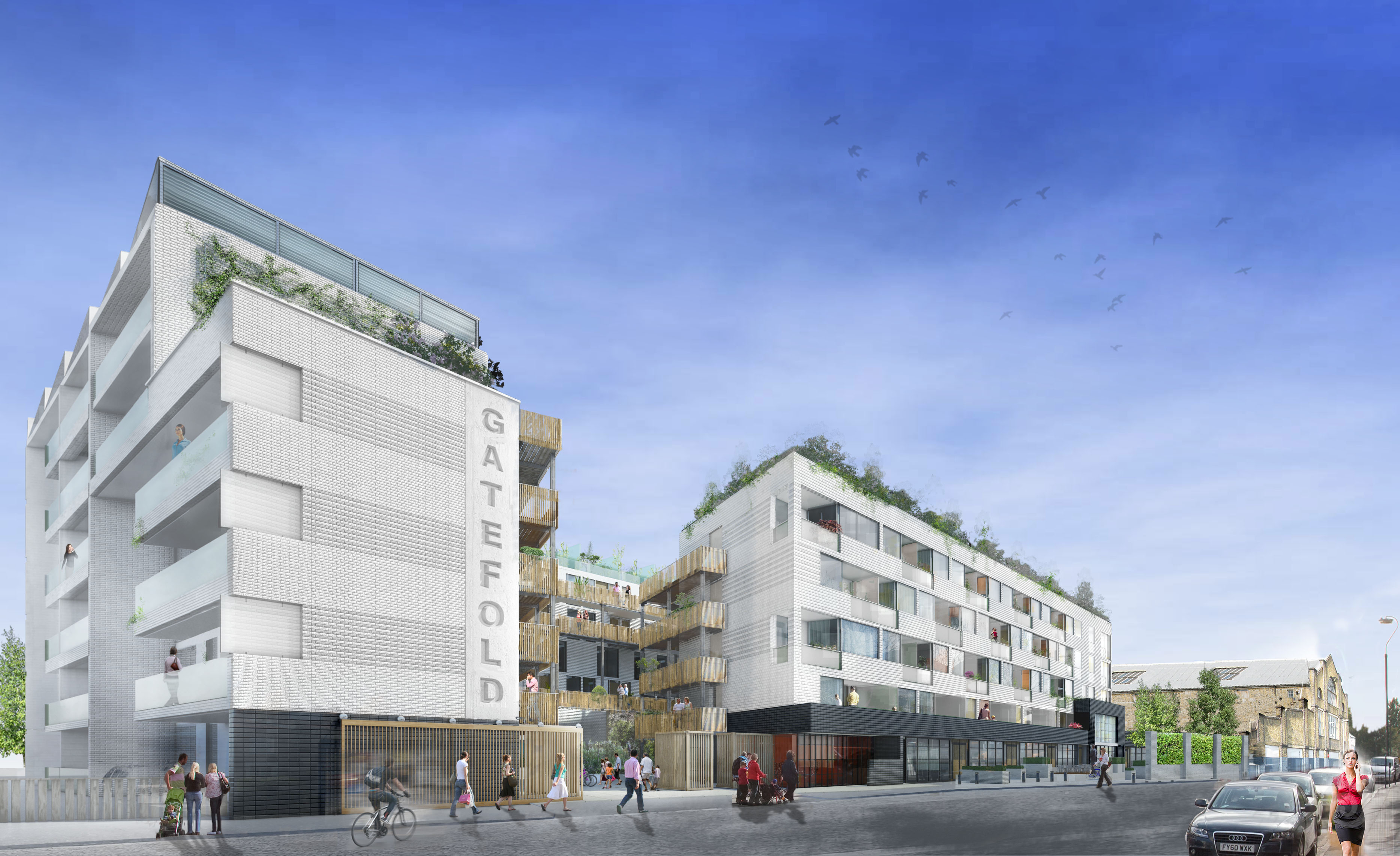 Be:Here will develop the Gatefold Building, with Invesco’s backing

The site has been through a number of hands recently, with Be:Here purchasing it from previous joint owners Development Securities and Cathedral Group in December. Dev Secs and Cathedral bought the 18 acre Old Vinyl Factory site in Hayes in 2011, and have secured permission for a major comprehensive redevelopment including more than 600 homes. In recent months, the pair have agreed a merger, and have plans to develop their own private rented sector homes within the project boundaries.

Be:Here will develop out the site in Hayes, and will manage the units on an ongoing basis following completion. The company has another site, in east London, and will now be able to recycle the cash from the Hayes project into building up its portfolio.

While the project is Invesco Real Estate’s first commitment to the UK private rented sector, the company has already committed funds to similar projects elsewhere in Europe. Around £106 million has been spent in Germany, supporting two multi-family housing projects, and new director of residential investments John German is keen to do more.

“We believe it is paramount to form partnerships with developers who are able to create viable investment opportunities in this sector and we are therefore pleased to be partnering with Be:Here, an experienced developer, who has a strong track record of delivering similar high quality schemes in Greater London,” said German. “We hope that this will be the first of a number of similar transactions with Be:Here.”

“IRE believes that the greater London residential market remains one of the most important real estate markets in the world for occupiers and investors, creating long-term demand and liquidity for high quality products. We expect investments in this market to out-perform the mainstream UK residential market.”