More homes, more rental property and greater market transparency have all been promised by London mayor Boris Johnson, in a speech at the MIPIM international property conference.

Johnson said he had set a target of delivering 40,000 homes a year for next 10 years, across a mix of tenures. He cautioned against those complaining about foreigners investing in London property, as such investment shows confidence in the market and is overall beneficial. 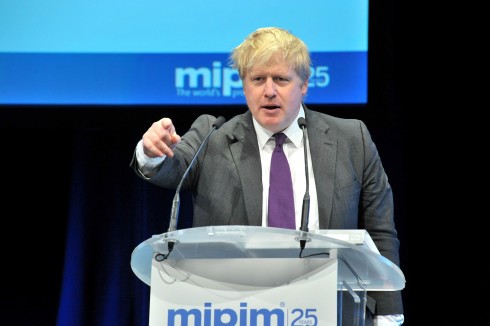 “There will be many, many people now – and you’re seeing a growing proportion in London – who depend on the private rented sector, and we’ve got to expand that too. We’re putting huge amounts of our land in, we’ve made about £3.5bn of land available.”

Investment from institutions into the private rented sector is, he said, “at last starting to take off. But what we should on no account do, is turn up our noses at foreign investment, because very often it is that investment that allows us to deliver so many of the homes that Londoners need.”

Johnson specifically mentioned investor Qatari Diar, which has bought into the former Olympic village in Stratford; while Dutch and American pension funds are coming in to help develop private rented accommodation in Elephant & Castle.

The mayor said he expected private developers to help deliver affordable housing. In the current buoyant property market, developers should expect to deliver a useful number of affordable homes in their projects.

“It’s up to us, in government, to do everything we can to ensure that Londoners are in a position to get those homes, and that means making sure there are enough affordable homes in development. And I am proud to say over the course of this mayoralty we will have done 100,000.”

Johnson also said there was justifiable annoyance that residential developers flew to the Far East to sell their London residential developments off plan, sometimes completely ignoring the home market. He has encouraged many of them to sign up to a code of conduct that will ensure they promote projects to a UK audience of potential buyers, at the same time as they court overseas investors.

Want to watch Boris, and hear how well(?) his gags went down? Click for video.