Rental developer Essential Living has received permission to reclad an existing office tower in Archway, north London as part of a refurbishment to create 100 rental apartments.

The approval for the reclad was given by a government planning inspector, after the local authority, Islington, failed to determine RL’s application in due time. The recladding would, she suggested, provide “significant improvements to the appearance of the building”. 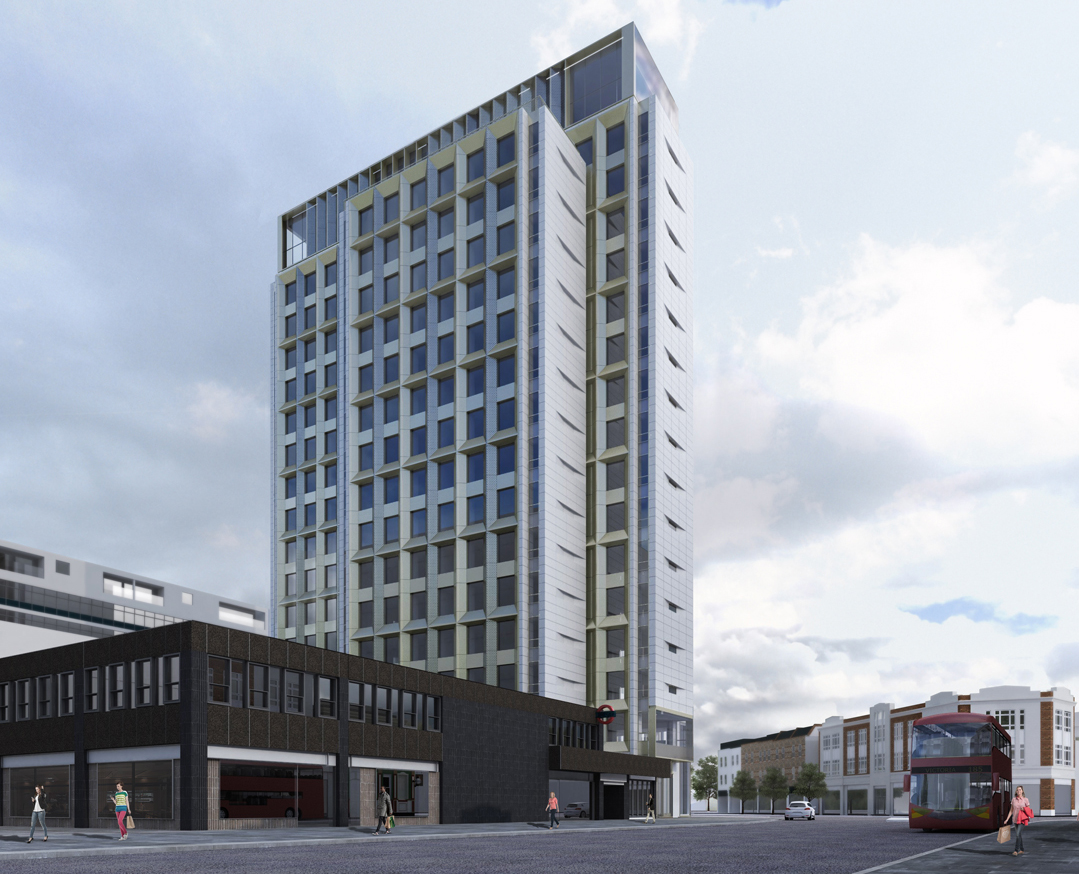 Reclad and resused – Archway Tower to be reborn as apartments

“We are delighted with the decision which will dramatically improve the exterior of Archway Tower and vastly improve the horizon for many local people. Our plans will bring the building back into use to the benefit of the local area, particularly business close-by,” said Rob Whiting, asset director at Essential Living.

“As the first UK company focused on creating a rental brand, we have a long term interest in our developments both in terms of how they’re built and how they’re managed. We are looking forward to providing a highly professional service to those who rent homes within Archway Tower, helping to drive up standards in the sector.“

Local authority the London borough of Islington has been generally resistant to the conversion of office buildings to residential use, a provision eased by the government to encourage the reuse of empty commercial buildings. Speaking in 2013 as it launched a challenge to the proposals, Islington’s executive member for housing and development, James Murray, said: ‘There’s a real danger that small offices across the borough will be lost to private housing, and tower blocks will have as many flats as possible crammed into them. Archway Tower is already being lined up to have a large number of small, sub-standard bedsits squashed into it, with no affordable housing.”

Work has already started internally on the refit of the building, with flats and common areas designed specifically with renters in mind. Flats in the 17 storey block – which should have stunning views over London – will be available to rent in 2016.